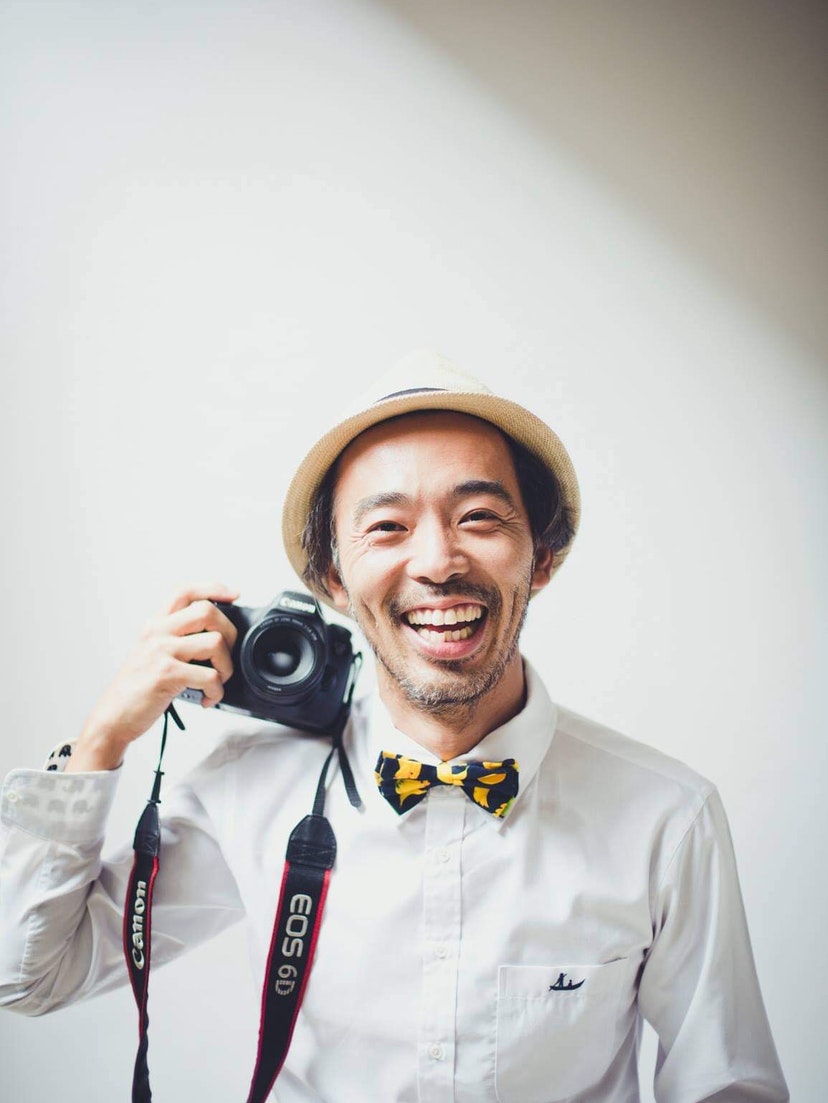 Finding beauty and using photography for good with Shunsuke. 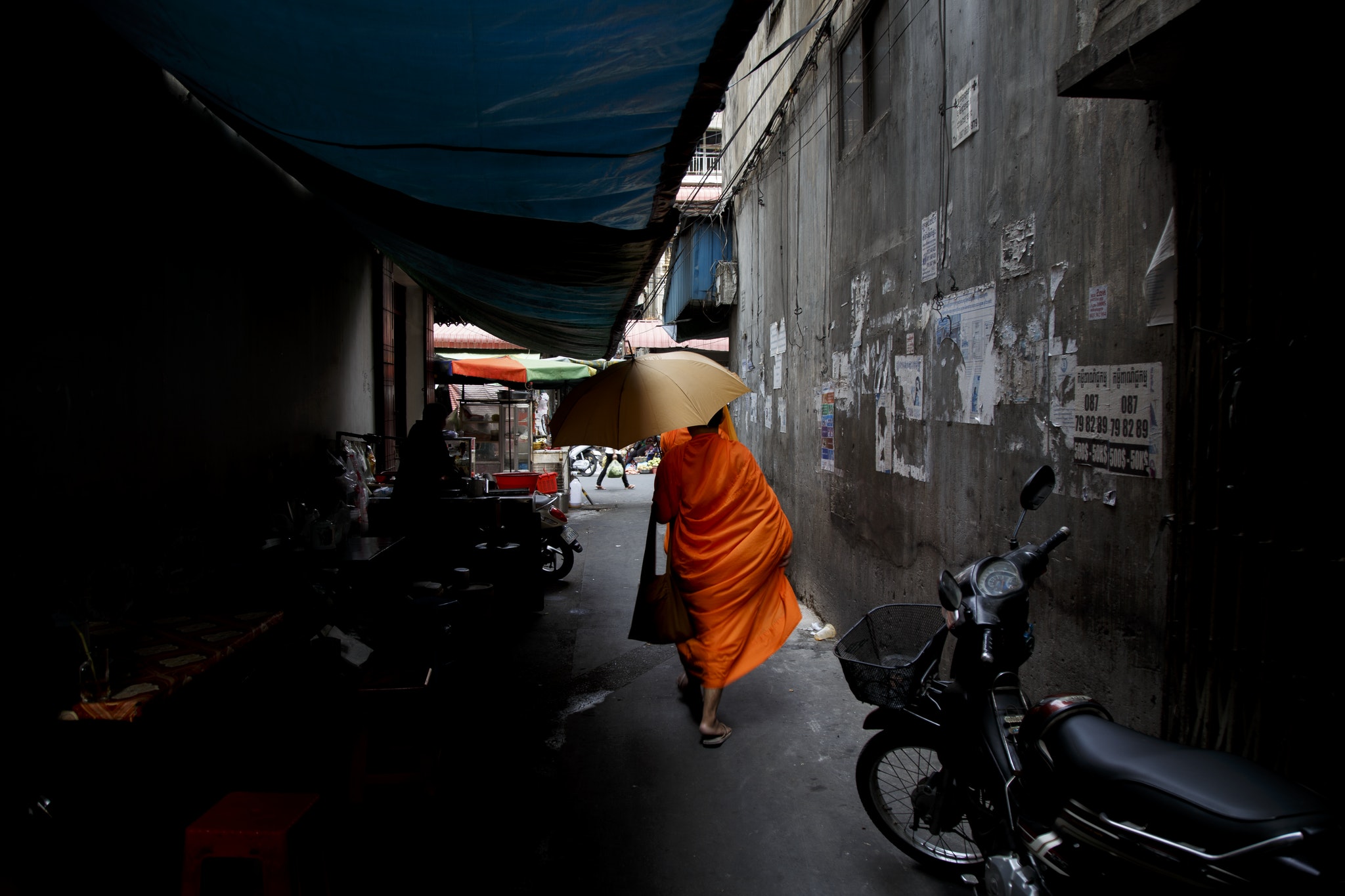 I’m not a professional photographer. I studied International Politics and Economics in Japan. I work at a Japanese communications and advertising agency as director of their Cambodia office. I started iPhone photography as a hobby in 2010.

One day I happened to meet a very famous Instagram photographer, Hiroaki Fukuda, in Tokyo. Over drinks, he showed me the basics and I started to get more and more involved in the world of photography. The more I learned about the basics like grids, guides, focus and brightness, the more photography became indispensable to me.

When I started taking photos with my iPhone, I knew literally nothing. I'm ashamed to admit that when I first started photography, I was chasing the LIKEable photos, the ones that were Instagram-worthy. But I should have taken pictures of what I really wanted to take, not what the world wanted to see. I was so focused on LIKE and SHARE that I couldn't see the beauty in everyday life.

After moving to Cambodia in 2016, focusing on documenting people’s everyday life. When I have the time, I try to use photography for good. In Cambodia, especially on the streets, I can feel the real human interaction which we lost in this digital era.

How has focusing on the stories you want to tell impacted your creativity and art?

People forced to live on the streets, children playing in drainage canals and garbage heaps, students studying in rural areas, a startup CEO who dreams of changing society, an artist who is passionate about inspiring people, a soccer player who works hard to win a league championship, a tobacco store owner who always recommends new cigarettes, businessmen from all over the world.

Regardless of country, gender, age, religion, profession, occupation, or background, I have met many different people and touched many different lives. What I want to share are the stories and photographs of everyday people. Especially those not illuminated by the world around them. Who are in a vulnerable position. I want to take pictures for them, and I want to do something for them through photography. Many people have asked me why I take photos of messy places or people. I reply every time — “I am photographing humanity on the street.” I always want to be both a Japanese citizen and a global citizen.

ART4FOOD is the result of this process.

If we didn't have the awareness of being global citizens, the project might not have existed. I believe that nationality has nothing to do with the act of helping people who are suffering. I am not a UN official or a journalist. But if there are people suffering, I cannot just turn a blind eye. When events occur that cannot be overlooked, I think about what I can do for them. If there’s even a small impact I can make, I will reach out.

We may be from different countries, but we are brothers and sisters living on the same planet, aren't we? If someone is suffering, we help them; if we are suffering, we ask for help. Isn't it our duty as Global Citizens not to think that all is well with ourselves? That is what I want to tell through my photos.

Tell us more about ART4FOOD. How has helping others with your art changed how you make art?

ART4FOOD was born in May of 2021 when Phnom Penh was locked down by Covid-19. The city was color-coded red, orange, and yellow. Strict curfews were imposed to prevent the spread of infection. Many of the residents living in the red zones were poor and access to food and water was limited. The authorities were aware and, instead of distributing water and food free of charge, they started selling them at higher prices.

I was very angry. I was thinking about what I could do to help. My friend and eventual co-founder Rafael said he would donate the money from sales of his prints. I thought I could only help a small amount by myself. But with many friends, we could collect more money. His call resonated with me and another friend, Daniel. We gathered more photographers and fellow artists.

90 artists came from inside and outside of Cambodia, each selling 5 different photos, for a total of 450 photos on the website. In a month, we raised $15,000.

All the money, minus the cost of printing, was donated to non-profit called Local4Local. The donations were turned into food by street food vendors and delivered via cyclo drivers to people, mainly those living in the red zones. Through this project, I think I have learned more to take photos that are not only beautiful but also meaningful, photos that are for someone else.

How has your personal different cultural backgrounds affected your photography?

I was born and raised in Japan. My father worked for a Norwegian shipping company, and people of many different nationalities have visited our home for as long as I can remember. My parents' house was located near an old town called Kamakura. I remember how my father used to take the visitors from overseas to town every time. He would explain Japanese culture in his own words in an easy-to-understand way and walk around places where they could get a glimpse of the lives of everyday people. Perhaps that is the fundamental reason why I am attracted to the culture and life of everyday people.

I went abroad for the first time when I was 15, to a town called Exeter in England. Since then, when I was a university student traveling around Europe with my friend on a budget, and after I moved to Cambodia for work, I have always been drawn to walk around and observe the culture and lives of the everyday people who have lived there for a long time, rather than famous people or tourist attractions.

How did your personal documentary style come about? Did you study other artists or was it something that you developed on your own?

I never studied photography in school or workshops. I never even bought a photography book until a few years ago. I didn't like the popular photos on Instagram because they were overly processed or just took pictures of celebrities or spectacular scenery. But I don't feel like it means anything more than that. This is completely a matter of taste, but I am attracted to meaningful photographs that convey the background and context of events in the world. The stories of people's lives told as directly as possible, without embellishment.

For this reason, I respect the work of photojournalists. I particularly prefer longer documentaries like those that appear in the NYT or The Guardian. I often use both the text and the photographs as references for my own photographs to see what can be conveyed to the viewer. I also have great respect for artists who are not journalists, but who create unique works with documentary elements. I often check out the work of artists whose work is featured in It's Nice That, 1854 Media, and the British Journal of Photography.

What surprised me when I came to Cambodia, and there are many, is the truly diverse range of people here, and the rapid pace of change in the country. It is incomparable to Japan where I lived. When I thought about how I could capture the "diversity" and "transformation of the country" that I could not film in Japan, I knew I wanted to stand with the everyday people. That is why I do not take pictures of famous people or tourist attractions, but rather from the perspective of the lives of everyday people. Portraits, from near and far, from above and below, anyway I hope to convey the lives and culture of the everyday people and the everyday people themselves to the world.

Cambodia has gone through so much change in the last handful of decades — decolonizing from France and recovering from the Vietnam War and Pol Pot. And now rapid growth. How has it changed since you've been photographing the country?

Cambodia has many fascinating places that tourists from all over the world to visit, such as the Angkor archaeological site. Cambodia is a country where if you just visit these places for a week and then go home, you will only see the superficial aspects of the country without knowing the truth about the social problems occurring here.

I first came to Cambodia in June 2016. The following month, a prominent journalist named Kem Ley, a critic of the regime, was assassinated near my house. The next day, I witnessed the sight of tens of thousands of ordinary citizens mourning his death. In 2017, the last independent English-language newspaper was forced to cease publication. More than 15 radio stations were closed. There was a crackdown on non-governmental organizations (NGOs), human rights groups, and independent media. The largest opposition party was dissolved. National elections were held in 2018, and the ruling party won all the seats. The reality is Cambodia’s government is currently a dictatorship that is considerably more pro-China, receiving large financial support from China.

The city has also changed a lot in the past six years. In Phnom Penh, you see more and more featureless buildings for investment purposes from abroad, instead of real demand from the everyday people who live here. With no people living there, it is like a ghost town. It is a great pity that some historical buildings filled with the thoughts and lives of good old people have been torn down.

Sihanoukville was just a beautiful beach, and Kampot was just a quiet riverside town. But now, there are tons of buildings, casinos, hotels, and resorts. I don't think there is enough demand to trade nature and real human interaction. Those take a long time to regenerate once destroyed.

“Bigger is better” mindset here and there. There's a lot of sky buildings on every corner. “New is cool” everywhere. A lot of people who don't care about vulnerable people. People living in Cambodia literally enjoy the convenience and material wealth. Which is so great that it actually changes people's lives. But at the same time, I think they are losing something that is more important. I call that mindset “the price of convenience”.

Personally, I think cyclos are beautiful, wooden houses are awesome, and no one should be left behind. The coffee shop owner, garbage picker, young monk, students in province, old man checking tires, young girl working in a flower shop, all the people I met on the street of Cambodia know that every little thing matters.

I don't deny the efforts to be rich or materially wealthy. But I do hope those people with a good heart would tell those losing their mind that we should pursue spiritual wealth rather than material wealth.

Edited for clarity and brevity. 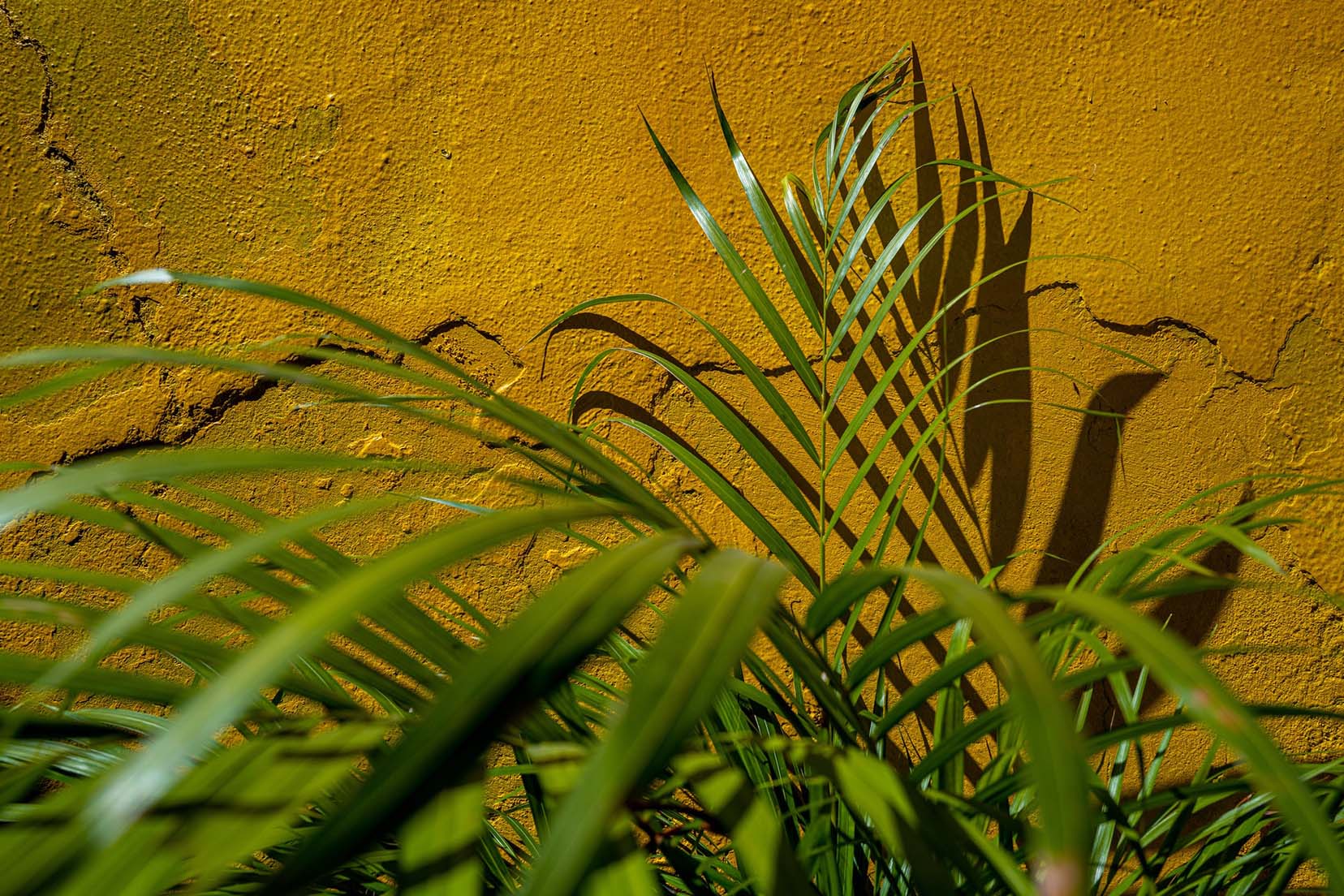 Full Screen Mode comes to Glass on iPhone and iPad. 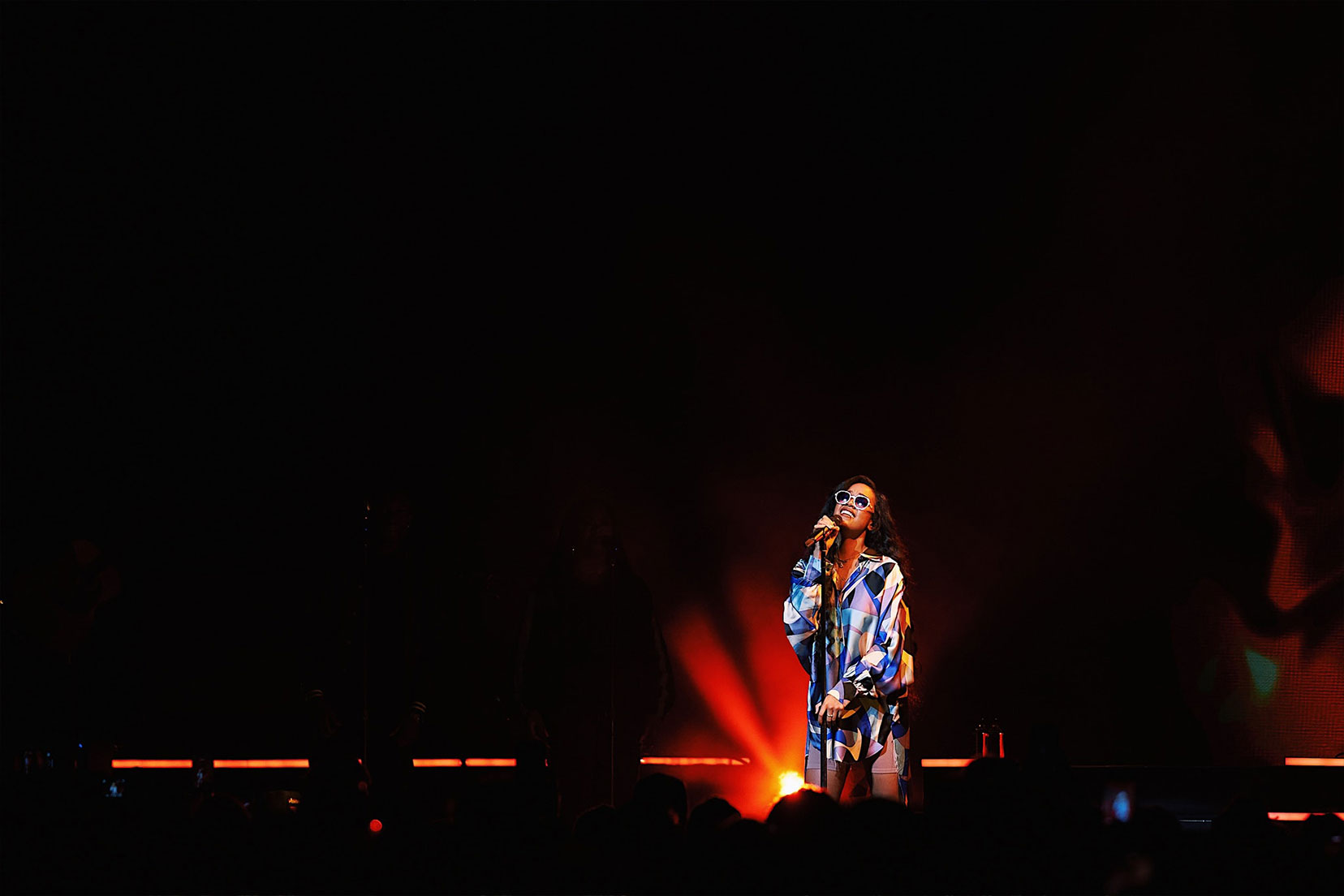 Live Music May is here!