Matt shares how gear informs his style and vice versa. 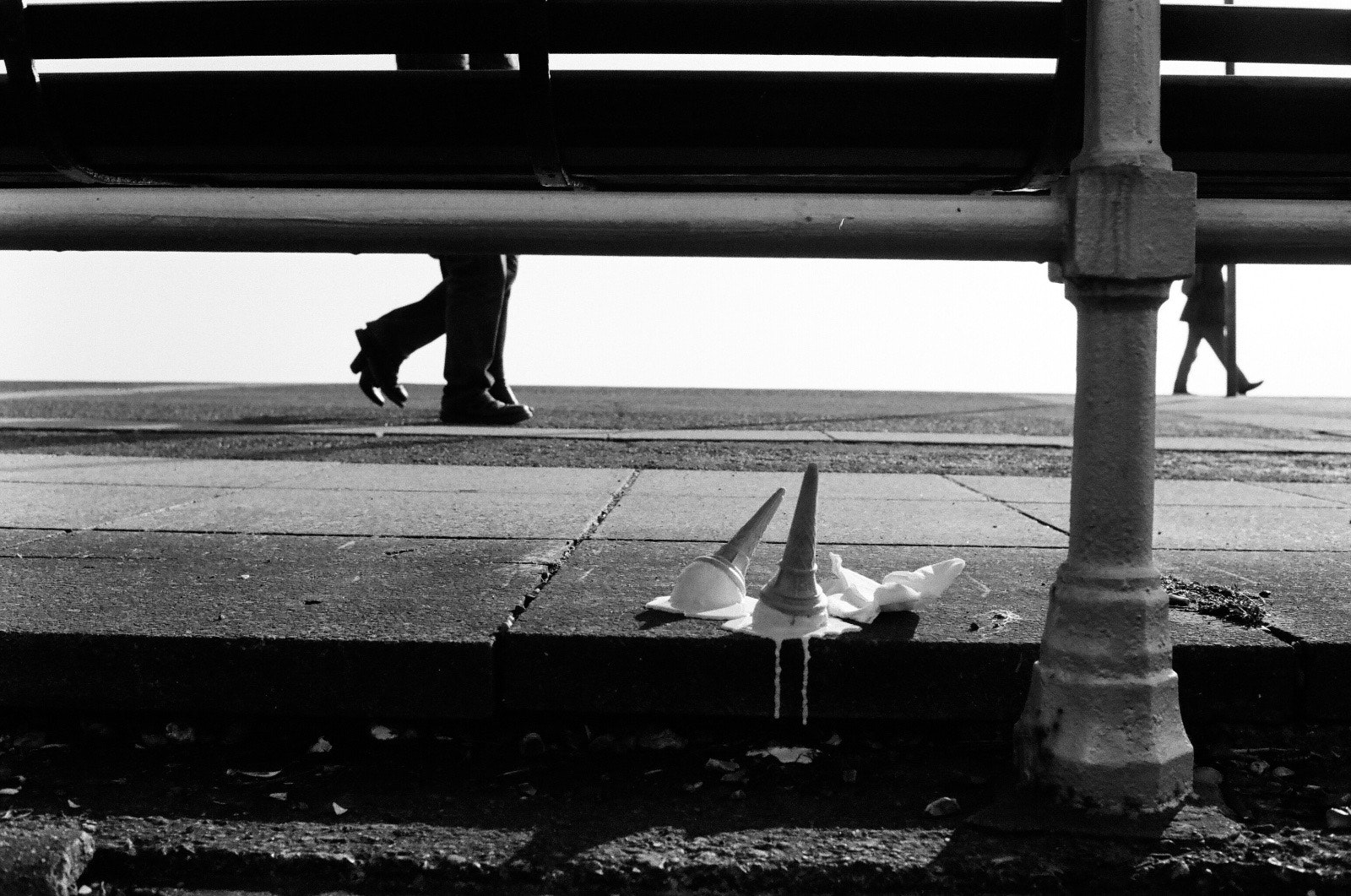 Back in the 80s, my dad bought me a Miranda MS-1 for Christmas. Fast forward through the years, and I bought a Nikon DSLR. I had a few jaunts with local Flickr group Portsmouth at Night, doing mainly long exposures and some burning wire wool. After having bought a few lenses, I lost my enjoyment with photography.

Cue the FujiFilm X100 – As I saw it, I knew it was for me, so I pre-ordered one. The tactility and immediacy (combined with the looks) of the X100 immediately drew me back into photography and ‘street photography’.

The X100 was really my gateway back to film – it gave me the inspiration to jump back into it. First with a Yashica Minister III, then a couple of Canonets, leading to an inevitable rangefinder journey with the Leica M6.

I love using it. It's so smooth. I find film an exciting yet thoughtful medium, making me consider more carefully before hitting the shutter.

Since the X100, I’ve had a few other FujiFilm digital cameras. Currently a X-Pro3 – a camera which I feel pairs perfectly with the Leica M6. I feel a digital Leica M is the next step, but still sticking with film.

What have you learned along the way that you wish you knew earlier?

Good, but tricky questions - what's the old cliche about "it's not the destination, it's the journey"? I'm not sure there is much I'd want to suggest to my earlier self - maybe just buy that M6 sooner! I think it's likely fair to say that the kind of photography I have come to enjoy has been the drive behind my choice of camera, rather than the other way round.

When I started, I dabbled with nighttime long exposure with friends or 'gig' shots in a local pub — far more fun than it may sound. But my interests moved somewhat along with the emergence and growing popularity of 'street' photography. The happenstance and coincidence of Fuji's 'retro' rangefinder style X100 drove my interest in that style.  Discovering an affinity for the rangefinder style has led me through a few cameras to a combination of a Leica M6 and FujiFIlm X-Pro3. I find these cameras quick and easy to use when out wandering. Moreover, really a pleasure to use.

Your work says so much with so little. How did your style come about?

My career has been in advertising and graphic design, so I'd think that has an influence. When your day job is visual problem solving, effectively doing jigsaw puzzles with graphical elements in your head, it's probably hard for it not to be an influence. It's nice to break out from that and have a pastime away from work where you don't really have any control over the visual aspect besides how you frame the elements in front of you.

I think both of these facets have meant besides 'street' photography (somewhat of an overused, almost meaningless, term now to be honest) I've been drawn to what may pass as 'landscape' photography in the suburban world, of industrial estates and shop fronts. Maybe boring to some, but the bold colours, shapes and features tickle that graphic designer neuron in my brain. 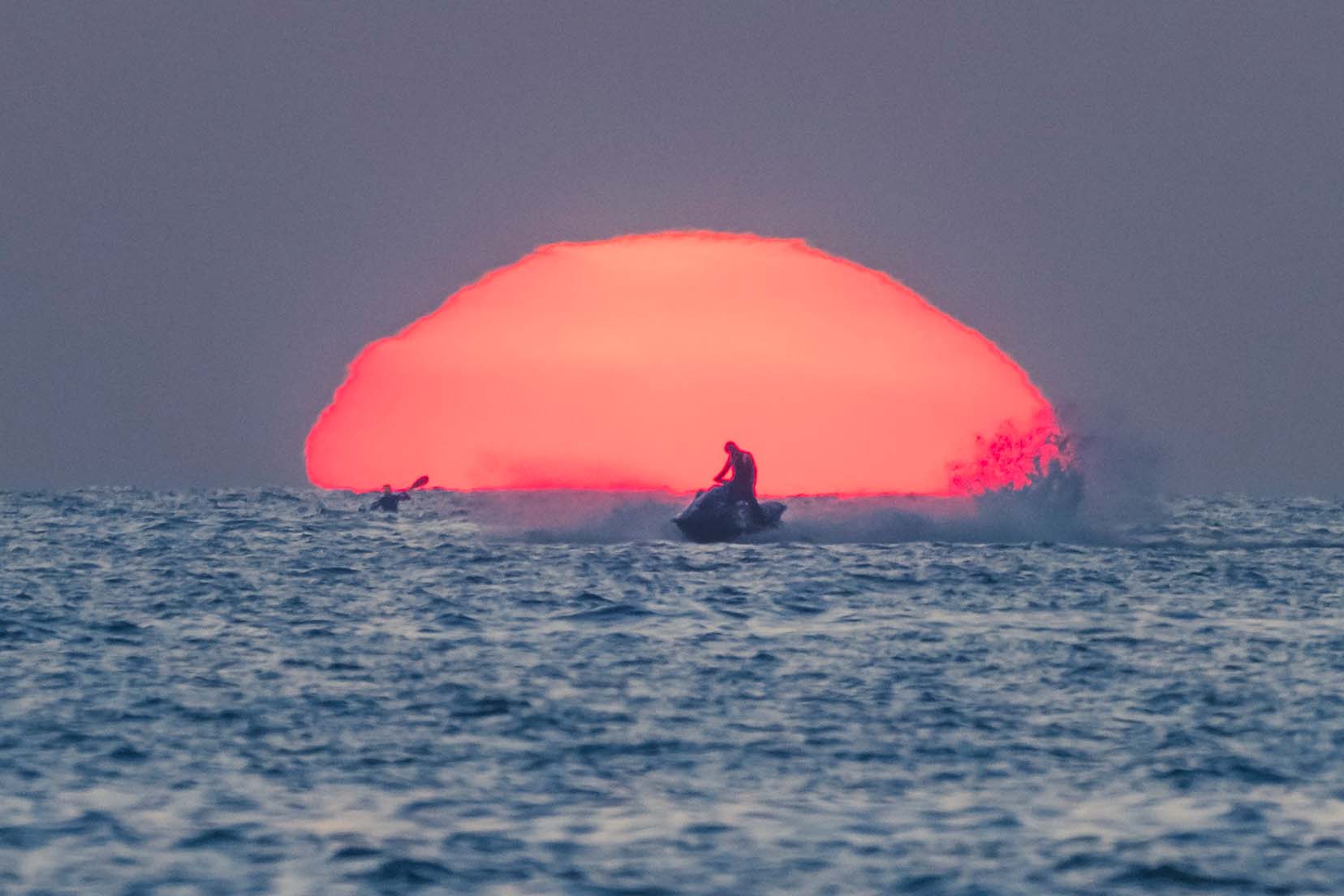 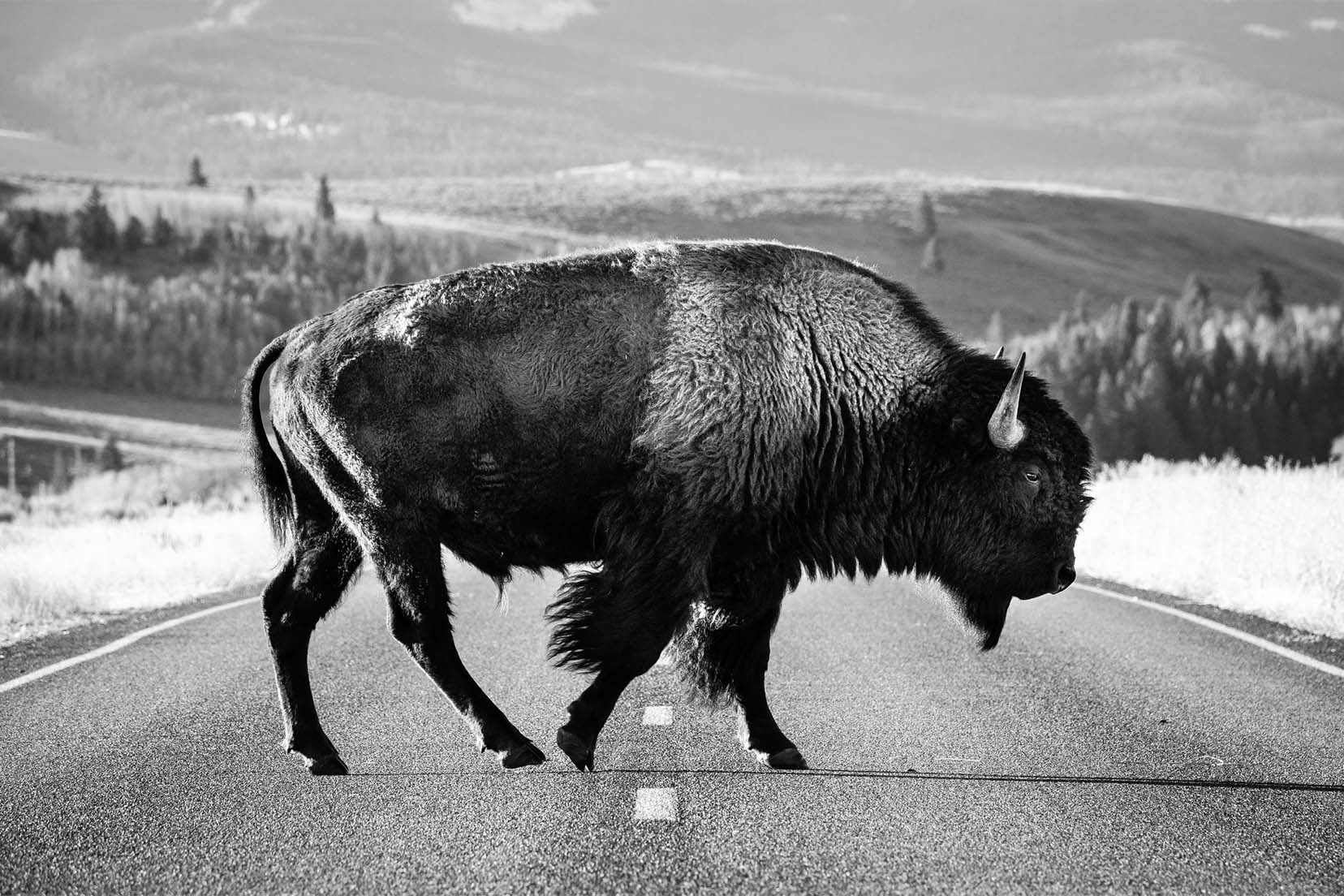 Slowing down and taking the time to enjoy Wildlife.